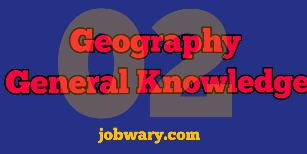 1. Which shipyards builds ships for Indian navy – Cochin Shipyard.
2. The study of lakes is called – Limonology.
3. Where is Bhabaha atomic research centre – Chennai.
4. Kanchenjunga national park is located in- Sikkim.
5. Where is Panchmari biosphere reserve located- Madhya Pradesh .
6. Where is Kanha national park- Madhya Pradesh.
7. World’s only floating National park is located in – Manipur.
8. Where is world’s only floating natonal park “Keibul Lamjao”- Manipur.
9. Where is Nagarhole National Park- Karnataka.
10. Mudumalai wildlife sanctuary is famous for- Tiger.
11. Total number of biosphere reserve in India are – 18.

12. Rain forests in INdia are found in – North-eastern Himalaya and western ghat.

13. Shivpuri national park of Madhya Pradesh is famous for which of the following – Leopard and spotted deer.

14. When was the first biosphere reserve established in India – Nilgiri.

15. “Central India Teak” is an example of – Moist deciduous forest.

16. Which is a commonly founded plant in tropical deciduous forest – Orchid.
17. Where is the “Willow” of the cricket bat derived from – Mountain forest.

18. Resin is a product of which of the following -Coniferous trees.

19. Kugti wildlife sanctuary is located in which of the following states- Himachal Pradesh.

20. Which city is the centre for manufacturing of penicillin – Pimpari.

21. In which cities, Hindustan machine and tool industry is located – Bengaluru.

22. Talcher is important for which of the following- Heavy water plant.

24. Which organizaton composes Topographic map of India – Survey of India.